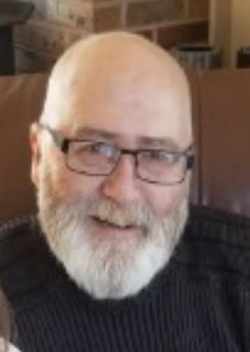 The death occurred at his residence on Monday, January 16, 2023 of Gregory B. Ellis of North Freetown, formerly of Northam aged 57. Greg was born in Summerside on November 28, 1965 son of the late Chesley and Margaret (Stewart) Ellis.

Survived by his daughters Sydney (Jordan) Gaudet, Alyx and their mother Gail Redmond. Grampie to Isla and Eloise. Dear brother to Judy Greenan, Marshall (Connie) and beloved uncle to his neices and nephews.

Resting at Ferguson Tyne Valley Funeral Chapel with a private funeral service for immediate family and invited guests on Saturday.

There will be a time of fellowship on Saturday, January 21 from 2pm till 4pm to share stories and memories of Greg at the Tyne Valley Fire Hall .

In memory of Greg memorials can be sent directly to: