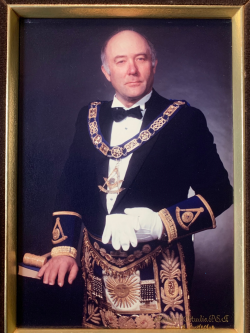 Allison was a life long farmer and fisherman and served the area as a MLA from 1978 to 1993. Most Worshipful Brother, Allison was Past Grandmaster of Masons for PEI, Past Master of Corinthian Lodge# 19, O’Leary.

Resting at Ferguson Funeral Home and Chapel with visiting hours on Saturday from12:30pm to 2:30pm Brothern from Corinthian Lodge # 19, O’Leary will hold a Masonic service for their late brother on Saturday at 2:30pm. Funeral will be in the Chapel at 3pm. Interment to follow in the Bethel United Church Cemetery.

In memory of Allison, Memorials to the