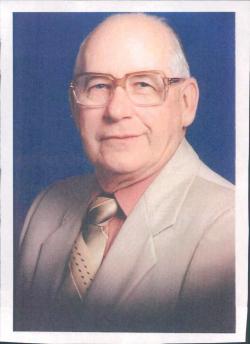 It is with Love that we share the passing of Wallace Palmer at Prince County Hospital on January 30th in his 100th year. Wally was a man of high honor, great generosity and a deep faith in God. We feel so blessed that Wally moved home to his beloved PEI during the last year of his life.

Wally was a decorated War Veteran having served his country in Holland, Belgium, Germany, France and in the invasion of Normandy. He was recently honored for his service.

During the past 10 months Park Hill was home to Wally where the care he received was above and beyond. Thank you all. His final days were spent at Prince County Hospital where he again received excellent care.

Resting at the Ferguson Tyne Valley Funeral Chapel with visiting hours on February 26, from 5-8 p.m. A service to celebrate and honor Wally's life will be held on February 27, in the Chapel at 11 am. Interment in the spring in Freeland Presbyterian Cemetery.

In memory of Wally, memorials to the Freeland Presbyterian Cemetery would be appreciated.

He left footprints in the sand

Absent from the body

Present with his Lord.