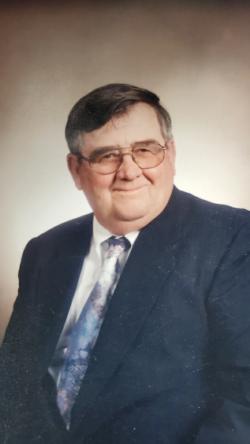 The death occurred at Summerset Manor, Summerside on Wednesday, June 5, 2019 of George Benjamin MacIsaac, age 90, of Summerside, formerly of St Eleanors, cherished husband of the late Annie Lou (Sabine) MacIsaac. Born in Dunblane on May 13, 1929, son of the late Benjamin & Pearle (MacDonald) MacIsaac.

George will be sadly missed by dear friends Albert and Jean MacArthur, along with his circle of close friends and his many nieces, nephews, grand nieces and grand nephews whom he dearly loved.

In memory of George, memorials to the Bethel United Church Cemetery Fund or Prince County Hospital Foundation would be appreciated.